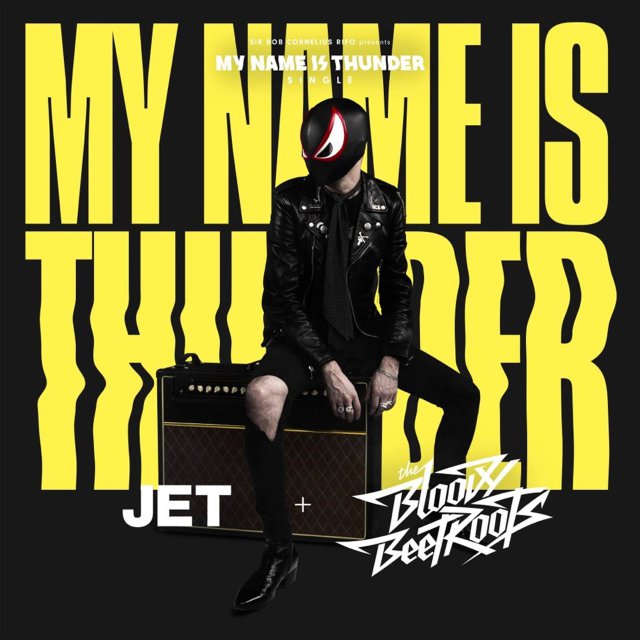 We are happy to announce that the music of the fantastic Australian Rock band JET is now with BMG!

Formed in 2001 by brothers Nic Cester and Chris Cester along with guitarist Cameron Muncey and bassist Mark Wilson, the band rode in on the wave of a rock revival with their platinum selling debut album, Get Born.
They successfully managed the bridge between commercial viability and good old fashioned rock’n’roll, proven by the famous garage rock anthem “Are You Gonna Be My Girl”.

Followed by the albums Shine On and Shaka Rock,
JET left a global footprint with this title and their other international hits such as “Look What You’ve Done”, “Put Your Money Where Your Mouth Is” and “She’s A Genius”.

The band also  returns with new music, and it’s a collaboration with Italian electronic group the Bloody Beetroots. Their team-up takes the form of a “double single” featuring two separate versions of the new track “My Name Is Thunder”, one is an EDM rendition and the other is a more straight-ahead rock version.

Check the video of the new single below: