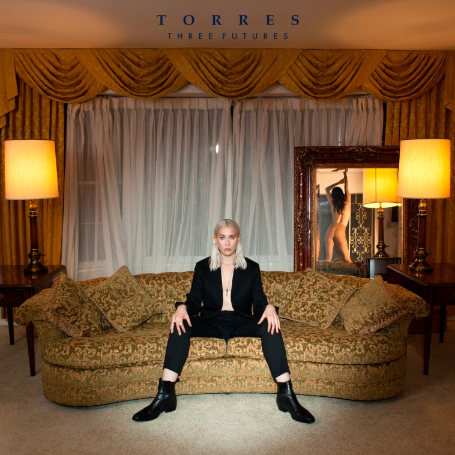 Torres is the creative alter-ego of Brooklyn-based Mackenzie Scott. In describing the new album Three Futures, Scott says it “is entirely about using the body that each of us has been given as a mechanism of joy”.

The 10 original tracks on Three Futures embrace ecstasy, desire and indulgence rather than self-denial, and exude this idea via immersive music.  Mechanized grooves are placed at the forefront, providing a framework for perforated electro-pop static, harsh gothic / industrial textures, and insistent Krautrock motifs.