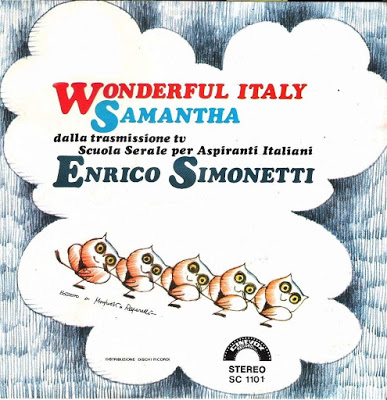 J. Cole, platinum selling artist, came into the global music spotlights after signing to Jay Z’s label Rock Nation and producing singles for the likes of Kendrick Lamar and Janet Jackson, among others. He is known for frequent uses of samples in his productions, from music classics to obscure and almost impossible-to find-compositions, such as “Samantha” by the legendary Enrico Simonetti.

Enrico Simonetti , writer, composer & conductor, created several film and TV scores over the years for Bixio, such as “Baciamo le mani”, “Gamma”, “Il Magnate” and “Grazie nonna”. His musical genius and passion was passed on to his son Claudio Simonetti, one of the founding members of the cult prog-rock band Goblin, and an old time favorite of the Italian Master of Horror Dario Argento’s.
Enrico & Claudio are both favorites of the urban community and Goblin’s music has been sampled by the likes of BECK, JUSTICE and A$AP Mob!

Simonetti’s “Samantha” in J. Cole’s sampled song “God’s Son” premiered on Saturday, April 15 in the documentary entitled “J. Cole: 4 Your Eyez Only” on HBO. In his film debut J. Cole, known for his lyric skills, makes a role change in his documentary and lets other people talk, notably the generally voiceless people of the USA black communities about social, racial and legal issues of the country. The song “God’s Son” thus pays tribute to the controversial shooting of Mike Brown in 2014 and questions the issue of racism in law enforcement around the States.

The release date of the album featuring GOD’S SON is yet to be announced, but count on jamming this summer with J. Cole when he drops his new album!

Listen to the Enrico Simonetti’s “Samantha” on the link below:
https://soundcloud.com/bixiomusicgroup/enrico-simonetti-samantha