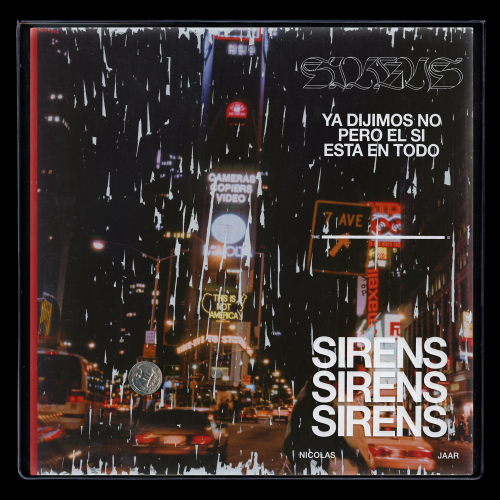 We are thrilled to bring you the incredible new project from Nicolas Jaar, Sirens through our Mattitude Music publishing imprint. This album, his second solo long player, will be released on the artist’s own label Other People on September 30th.
At only 26, Nicolas Jaar has become an icon in the world of contemporary electronic music. From early years in the underground dance music scene of NYC – where he first performed his brilliant “From Scratch” series at MOMA PS1 – to the scoring of a Palme d’Or-winning film (Dheepan), Jaar has demonstrated an uncanny ability to test the boundaries of his discipline. This means releasing 12’’ dance records on a small Belgian house label one year (Nymphs II, III, IV) and touring the world with DARKSIDE another, showcasing a live project that Jaar and friend Dave Harrington performed around a massive rotating mirror.
Jaar is a true musical pioneer – and Sirens is an addition to his unrivaled track record.

Listen to “Sirens” on the link below: