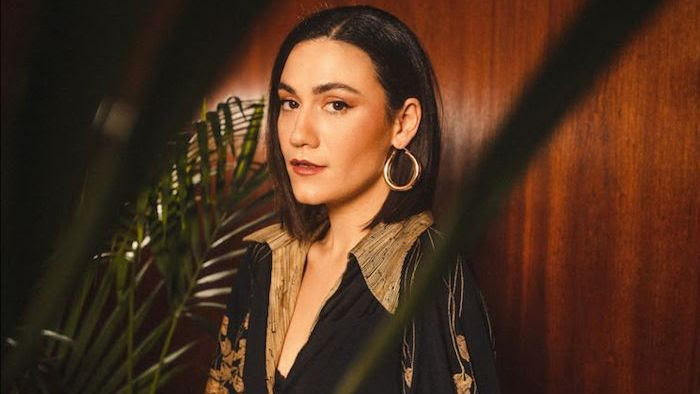 With the same ferocious determination and distinct voice Shah now turns her sights closer to home with an album that explores her own story as a woman in her 30’s and the societal pressures and expectations that come with that. Jovial and playful at times, unblinkingly daring at others – the album is bursting with Shah’s beloved personality while simultaneously refusing to compromise on the social commentary that she continues to deliver so fearlessly.

“Shah’s voice throughout is fantastic, carrying and castigating her listeners along with her, while her brilliant band nails radio-friendly rock, swirling 4AD-style gothic atmospheres, and perfect post-punk attack” – 5/5
Mojo

“An on-the-nose exploration of misogyny.
If you’ve ever felt isolated by the constraints that misogyny brings on, the many voices and stories gathered on Shah’s on-the-nose album proves that you’re not alone.” – 4/5
The Irish Times

“Like her sonic contemporaries PJ Harvey, Cate Le Bon, and Fiona Apple, Shah presents as a mystery wrapped in an enigma, when in reality she’s just innately talented and resolute in her convictions” –  8/10
All Music

“Direct, alert, questing, it’s a record that powerfully refuses to settle down” –  8/10
Q

“It’s bolshy, uncompromising and demands to be played on repeat” –   8/10
Clash

“In deconstructing tradition, Shah is careful not to throw out the baby with the proverbial bathwater. She unflinchingly confronts the windmills of societal expectations placed upon a woman under everyday systemic sexism” – 8/10
NME

“On her fourth album, the musician grapples with – and ultimately embraces – the complexities of being a woman, channelling a powerful voice” – 8/10
DIY

“Both playful and powerful in its delivery” – 7.9/10
Pitchfork